And . . . the first chapter of ‘Murder Becomes Macau’ is in the books (pun intended). murderbecomes.com

Let me put it this way: it’ll make you wary of any martini sent to you in a casino by someone you think you know, but don’t . . .

The evening of October 1, author Jeffrey Eaton will discuss mystery writing and his “Murder Becomes” series before the Friends of the Richardson, Texas, Libraries group. Get more details on this fun, intriguing event at: https://www.richardsonfol.org/annual-meeting/

Librarians can guide us to the best research sources faster than most Google searches filled with ads ever will. Meanwhile, libraries have become outstanding locales for lectures, panel discussions, poetry readings and more.

Not convinced? This “Forbes” article is likely to shift your thinking: https://tinyurl.com/librariesstillmatter.

Jeffrey Eaton hopes to see you at the Friends of the Richardson Public Library annual event on October 1. And, in your neighborhood library, as well. murderbecomes.com

It’s called the Greenwich Foot Tunnel. An underground passageway that  thousands of people in London use every day to get from one side of the Thames to the other.

But, when Dalton Lee is summoned to the tunnel at midnight, he descends the steep spiral staircase and finds no one there. But not for very long . . .

RSVP FOR THE BOOK’S LAUNCH PARTY IN DALLAS, SEPT. 30 – (Get a signed copy at a discount) 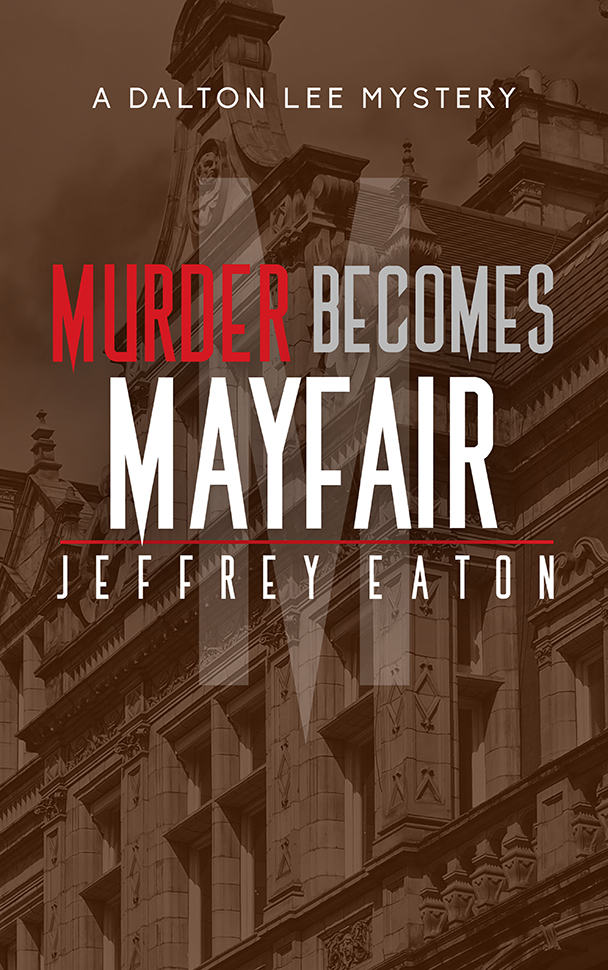 Not only do you struggle to determine who killed college football’s most successful coach (he was sure he knew after Chapter 3 but was, ahem, dead wrong). You also learn fun trivia about the Art Deco hotels on Miami Beach AND how to make the perfect vesper martini.

Available in Kindle and hardback versions (paperback version available later this year). The perfect thriller for your summer vacation.

I am a big believer that those of you who read murder mysteries are more than a bit brighter than the average person. I respect that and, as a result, I use my journalistic training to research the names, locations, etc. in my books so they are as accurate, and authentic, as possible.

Not all authors make that effort.

In a podcast interview with up-and-coming thriller writer T. Blake Braddy, I discuss the new tools and approaches out there that help me and other authors nail down the details in our books so you aren’t rolling your eyes while you are reading them.

It’s a question I’m often asked: when do you write/how do you find time to write?

Here is the answer: when I can. And I don’t beat myself up for not writing more, sooner.

As writers, we need to be kind to ourselves. In addition to creating a book, we also have to put gas in the car, compare nutritional statistics on different juice bottles, tend to a frustrated relative and/or take out the trash.

It can be overwhelming/frustrating. Especially when we have a vocation on top of our avocation.

So the trick for me is to set reasonable goals each week. I will write two chapters this week. I will also do 1 thing every other day on social media.

If I achieve all that, it’s been a stellar week. If not, I do not allow myself to get despondent. I just tweak next week’s schedule based on what else I have to do and keep putting one keystroke in front of the next.

Now and then. Here and there. One thing today, two things tomorrow. That’s the balance beam we persistent writers walk along, and don’t let anyone make deadlines or rushed expectations knock you off of it.

Most writers go to conferences hoping to pique the interest of an agent or publisher.

But Day One of Killer Nashville proved to me that the true benefit of such conferences is interacting with, and learning from, other writers.

Inspiration comes in many forms. From William Kent Krueger, I learned that his idea of a series about murder mysteries occurring in grand resort hotels throughout North America is still waiting to be done. From Hartley Stevens, I learned that a creative book launch party can involve having the places that appear in your book actually come to life at the party. And from Cheryl Hollon, I learned that a good cozy mystery should always have a pun in the title and a dog (or knitting needles) on the cover.

Over the next three days, I look forward to learning so much more both about the process of writing and how to market murder mysteries — lessons I plan to incorporate in “Murder Becomes Mayfair,” coming to booksellers in May of 2017.

Oh, and I also learned that when the writers at a particular table talk all about themselves for 5 minutes and never ask you about you or your books, it is time to move on… 😉